Summer is officially here, so you know what that means! SYNC recently announced the list of audiobook pairings up for grabs this summer, and today kicks off week fourteen of the program for 2016. Here's what you can grab through Wednesday of next week...for free! 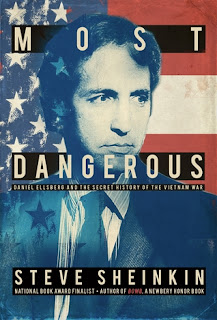 The first title this week is Most Dangerous: Daniel Ellsberg and the Secret History of the Vietnam War by Steve Sheinkin, performed by Ray Porter for Listening Library.

From Steve Sheinkin, the Award-winning author of The Port Chicago 50 and Bomb comes a tense, exciting exploration of what The New York Times deemed “the greatest story of the century”: how Daniel Ellsberg transformed from obscure government analyst into “the most dangerous man in America,” and risked everything to expose the government’s deceit.

On June 13, 1971, the front page of The New York Times announced the existence of a 7,000-page collection of documents containing a secret history of the Vietnam War. Known as The Pentagon Papers, these documents had been commissioned by Secretary of Defense Robert McNamara. Chronicling every action the government had taken in the Vietnam War, they revealed a pattern of deception spanning over twenty years and four presidencies, and forever changed the relationship between American citizens and the politicians claiming to represent their interests.

A provocative audiobook that interrogates the meanings of patriotism, freedom, and integrity, Most Dangerous further establishes Steve Sheinkin as a leader in children’s nonfiction. 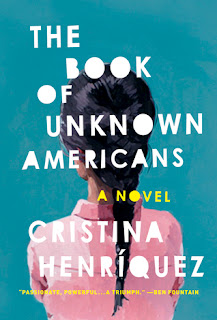 When Mayor Toro sees Maribel Rivera in a Dollar Tree store, it is love at first sight.

It’s also the beginning of a friendship between the Rivera and Toro families, whose web of guilt and love is at this audiobook’s core. Woven into their stories are the testimonials of men and women who have come to the United States from all over Latin America. Their journeys and their voices will inspire you, surprise you, and break your heart.

Suspenseful, wry and immediate, rich in spirit and humanity, The Book of Unknown Americans is a work of rare force and originality that offers a resonant new definition of what it means to be American. 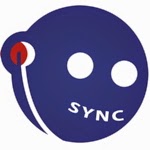 Will you be picking up either of these titles? Remember, they're only available through Wednesday, and new titles will be put up on Thursday for download. To download this week's titles, just click here to be taken to the SYNC download page.


I hope you take advantage of this program. I've been doing it for the last several years, and I've had the opportunity to listen to a ton of great audio for free.  If you've never tried audiobooks before, it's a great opportunity to do so without the obligation of buying one that you might not enjoy.  And if you love audiobooks, well, it's a great time to stock up on some titles you may have missed or discover new ones.  Win/win.  =)